What Is Skull Base Surgery?

Since tumors of the skull base sit underneath the brain, it can be difficult during surgery to get to the tumor in order to remove it. Traditional techniques used to approach tumors of the brain itself can be used to approach skull base tumors, but these often require significant force to retract the patient’s brain out of the way. This may lead to unwanted injury to otherwise normal brain tissue.

The basic concept of skull base surgery is to approach the tumor from underneath or from the side by removing specific areas of skull base bone. Thus, the tumor can be exposed with little to no brain retraction. Skull base procedures, for example, may be designed to traverse the bone containing the ear (trans-temporal/trans-petrosal/retrosigmoid approaches), low on the temple beneath the brain (middle fossa approach), around the eye (trans-orbital/orbital-zygomatic/craniofacial approaches), through the nose or paranasal sinuses (trans-sphenoidal/trans-ethmoidal/trans-facial approaches), or from the neck (trans-cervical). Fundamentally, these are minimally-invasive techniques designed to maximize tumor removal while preserving neurological function to the greatest extent possible. 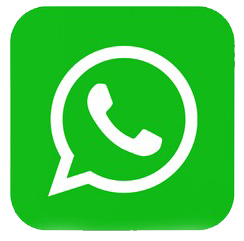